On Thursday, May 23rd, 2019 NY-GEO board member John Manning presented the 2019 Top Job Award to NY-GEO member Halco for it's retrofit of the historic Noble House in Fayetteville, NY.  Manning also awarded the home's owner WIlliam Sunderlin.  See below for the text of the radio broadcast on the event. from station WAER. 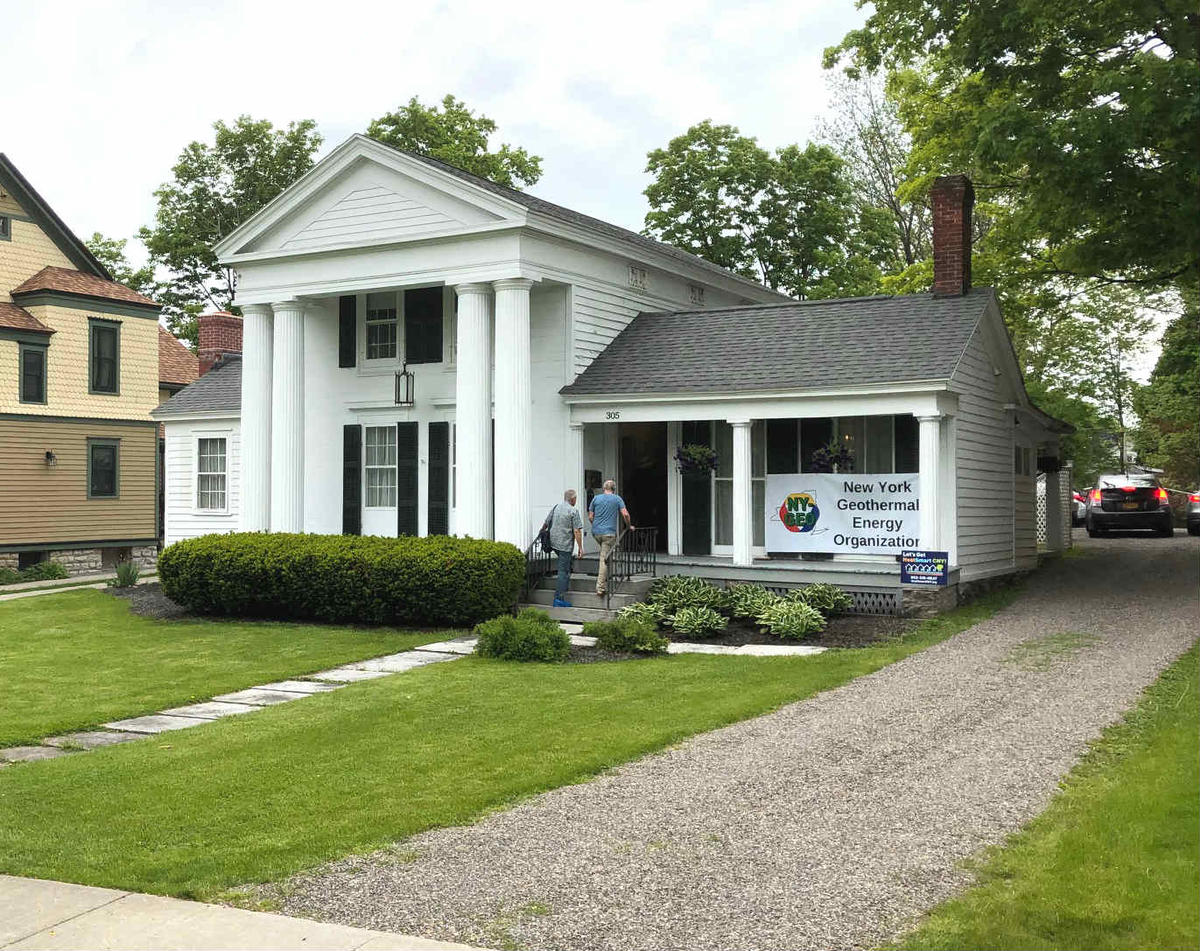 Historic Fayetteville home was fitted with geothermal heating and cooling system. Wells that are needed for the system were dug - and hidden - in driveway.
Credit Chris Bolt/WAER News / WAER FM

A geothermal heating and cooling system in an historic Fayetteville home is being used as a model to help expand the use of the technology.  The installation was honored by a state-wide organization, NY Geo, for its innovation and role in reducing climate change.

Geothermal project in 19th-century Fayetteville home shows how owner is trying to combat climate change and how the new technology can work with older homes.

“Doing the right thing means not only continuing the unfinished business of seeking racial and gender justice, and recognition of indigenous rights, but also addressing a new and daunting global challenge:  the climate crisis.  As a climate scientist I am painfully aware that we are way overdue in giving serious attention to climate change.” 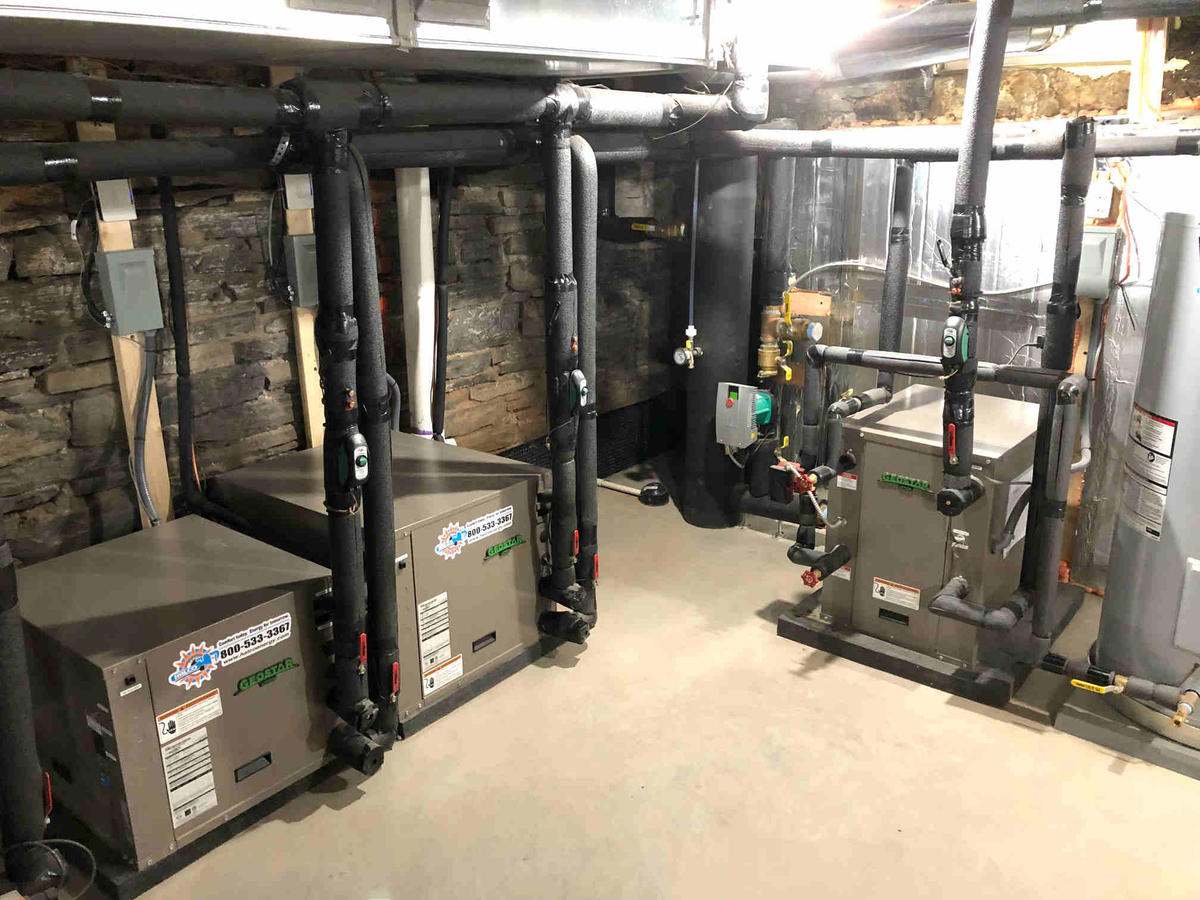 Equipment for the system in Sunderlin's basement, which had to be renovated as part of the project.
Credit Chris Bolt/WAER News / WAER FM

Sunderlin thought the project could show others that retro-fitting geo-thermal into existing homes is possible, while reducing his carbon impact.

John Manning helped found NY-GEO, an industry group that advances geo-thermal and is trying to expand its use.  Manning himself marvels at the work done outside and in the basement of the 1829 home.

“We have 3 420-foot wells in the driveway here.  If you look out there, you would never even know they’re there.  It’s just awesome, because all the heat, the hot water for the home and the cooling for the home is from those wells.  The very best thing you’ll see downstairs it the gas line that comes through the wall is capped off … that’s the best thing.”

All heat, cooling and hot water come from the system, burning no fossil fuels.  NY-GEO awarded the system it’s installation of the year.

Senator Rachel May attended and says expanding geo-thermal heating and cooling technology is important to the goals of the Climate and Community Protection Act, which she’s pushing in Albany.

“We have to figure out how this can be used in affordable housing, how it can be applied in large business projects, how it can become something that everybody can experience.  And that means bringing the cost down.”

It’s also important, she says, to change minds in order to get more people to accept geo-thermal systems, both in existing homes, and in new construction.